A DUI conviction forces an emotionally bankrupt suburban socialite to serve volunteer hours at the local big-city homeless shelter on the brink of closure. The ragtag resident crew of outcasts and misfits help her find a true home and save the shelter from extinction.

The Great Reset (c) 2022
After a sudden apocalyptic economic meltdown, domestic terrorists occupy a prestigious Park Avenue high-rise, holding the wealthy residents hostage. Four ultra-privileged couples shelter in place in the penthouse. Each day, the unseen terrorists make new demands via intercom and remove their privileges one by one: servants, telephone, Internet, electricity, gas, and water. Each couple, from different generations tries to cope with what seems like impending doom. The terrorists tighten the screws on people woefully lacking in basic survival skills. One by one, the hostages are killed or die off, except for one unlikely survivor. This play is a slapstick, physical comedy. Until it isn’t.

Semi-finalist O'Neill Competition 2019
Top 3 Finalist, Screencraft 2020, Book Pipeline Award 2017
Most Americans know Patrick "Give me liberty" Henry; few know he kept his presumably mad wife Sarah in a straitjacket in their basement. After her mysterious death, he never again delivered a great speech. This is Sarah's story. 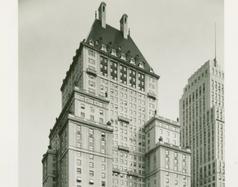 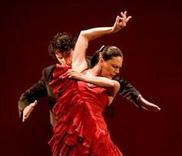 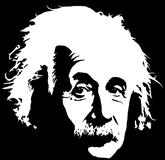 Winner, Stageplay Division, Moondance Intl Film Festival, 2019                       Finalist, Julie Harris Award 2016
Francisco and Delores de la Fuente, the greatest flamenco duo of modern time, present an evening of performance, interactive demonstration, and relationship therapy. Over the course of the play, audiences experience the Duende, the exquisite feeling of beauty and pain at the same time--the foundation of all authentic flamenco and too often, love itself.

In 1836, Emily West—a young, biracial runaway slave—yearns to find  freedom. Landing in a missionary school in Connecticut, she finds herself caught between two worlds, not accepted by the black or white community. When Captain James Morgan comes to town recruiting settlers for Tejas (Texas), she jumps at the chance. Upon arriving, she is immediately thrown into the war between Mexico and the Tejas settlers. Emily must also choose between Levi Gates, the noble dock foreman, and charismatic President Santa Anna of Mexico; both men want her at all costs. The bold decisions she makes changed the course of history and helped earn Texas its independence.

​In 1954, Albert Einstein--the most famous man in the world--celebrates his 75th birthday. He receives an unusual birthday gift: Bibo the parrot (true story!) who teaches Bertie the one life lesson he has not yet mastered—how to love.